Thinking Outside with the PCIe Expansion Box

In this computer-driven age of constant updating and downloading, the amount of data that can be transferred has become paramount to the success of every piece of technology out there. Consequently, the computer community is presented with a new type of connection or “slot” on the computer’s motherboard that is intended to dramatically increase the amount of data we can process on our devices.

These slots mainly affect the way a computer’s motherboard will handle data from any add-on components that the user has installed (i.e. graphics cards, sound cards, video cards, RAID controllers, etc…) If you have recently attempted to install a new graphics card into an older computer, the culprit is most like the type of PCI slot used by the motherboard.

The most current and common type of PCI slot is PCI Express 3.0. While this connection type will allow you to achieve super fast data transfers between your computer’s components, your motherboard is limited in the about of components you can connect. This is where a PCIe expansion box can be quite helpful. 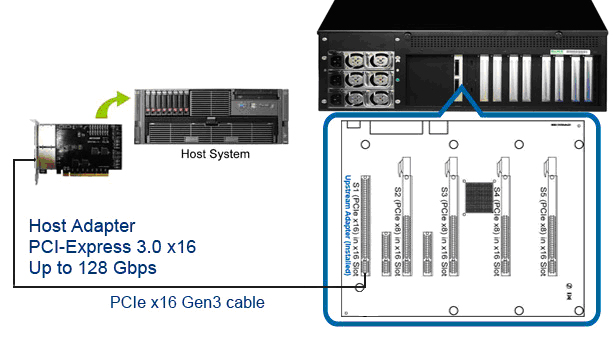 PCIe expansion boxes use patented PCIe technology that makes cards that are plugged into the box appear seamlessly as if they were plugged directly into your computer. These PCIe expansion boxes can be used in a wide variety of applications to dramatically increase the amount of expansion one can achieve with their system.

Users of industrial server systems dealing with massive amounts of data are able to install a PCIe card on a rackmount chassis that uses the same technology. Laptop users seeking card upgrades but unable to easily access their computer’s precious connections can take advantage of desktop PCIe expansion boxes as well.

For a low-latency data transfer solution with vast expandability, the PCIe expansion box is a true winner.

How smartphones can help to stop the Coronavirus?
June 19, 2020

What is Blockchain Technology?
March 5, 2020